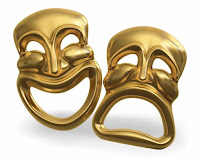 Just for fun, I was going to offer what could be some fun speculation -- namely some roles I would like to see played by specific actors.

Hello Zahir! I love David Tennant, and after his Barty Crouch performance, I totally think he'd make a great Renfield. Creepy, yet I think he'd bring some intelligence to the role as well. I don't know about Viggo for Khan (did you see his turn as Lucifer in The Prophecy), but it would be good to see Daniel Craig square off against Nicole Kidman. I think she'd be quite formidable.