As some of you know, I am directing a production of Richard III.

We open April 27 at OhMyRibs on Theatre Row.   For more information check out this link.  And here are the women who are queens in this production.  Queen Margaret is the increasingly maddened widow of King Henry VI.  Queen Elizabeth is her former lady-in-waiting who married the man who usurped Henry's throne, the eventual Edward IV.
Before the play is over, both shall be widows.  Both shall have lost their sons.  Both will have lost their crowns.
And both are giving fantastic performances!  Honestly, it is hard to take my eyes off them when they are on stage! 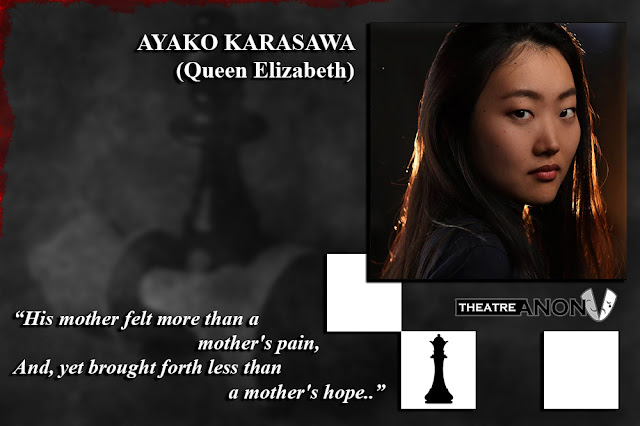 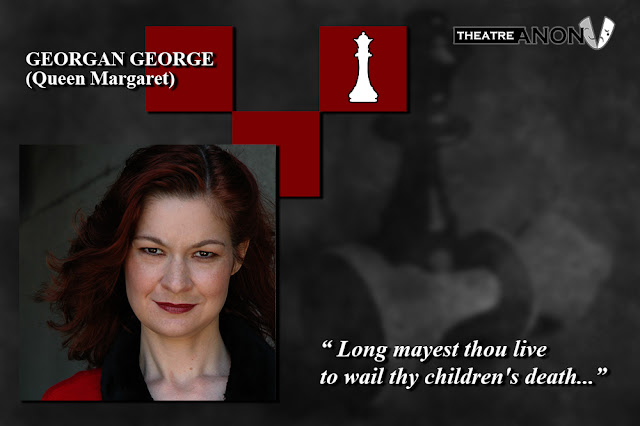 The Secret of Chimneys (review) 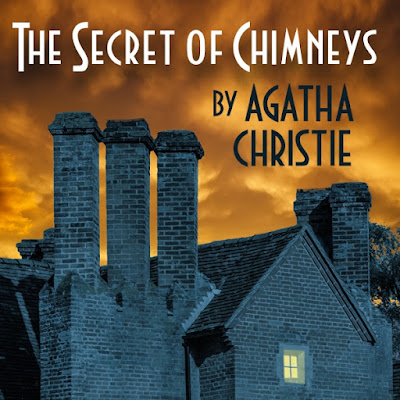 Group Rep's production of Agatha Christie's The Secret of Chimneys presses a fair number of buttons.  Whether you enjoy the show depends on which one you enjoy having pressed.  Or not, as the case may be.

Let us begin with Agatha Christie?  If you are not at least something of a fan of hers, it seems unlikely this play will please.  It agathachristies more than most works by Agatha Christie agathachristie.  Chimneys (of the title) is an old English manor where a collection of characters gather--relatively diverse, an assortment of English and foreigners, upper and middle class, men and women--and who en masse become suspects when a murder takes place.  The plot involves (among other things) some long lost jewels hidden somewhere, a coded message disguised as a love letter, a man and woman falling suddenly in love, a cunning detective everyone underestimates and a startling solution that when you really think about it for too long doesn't quite make sense.

Me, I grew up reading Agatha Christie so these ingredients disturb me no more than does nutmeg on French Toast!

Now, let us be clear.  Christie was a novelist, a better one perhaps than she is sometimes given credit for being, one whose writing emerged from the style of mysteries so intensely popular in the 1920s and 1930s.  Despite having written some very successful plays, she however was not primarily a playwright.  This shows.  I would argue many of the best adaptations of her works (The Secret of Chimneys began as  a novel) over the last few decades took dramatic liberties, including attitudes and details which would never seen publication during her heyday.  The series Poirot with David Suchet is a case in point (a show I adored).  Likewise recently a version of And Then There Were None restored the novel's original, much darker ending.  Not all such adaptations work, of course.

This play adaptation, however, cannot help but feel clunky at times.  Exposition is obvious, characterization remains fairly broad and even cliche, while the concerted efforts to keep all the action inside one (fairly elaborate, and let us note rather beautiful) set feel forced.  But, nothing's perfect and that doesn't mean you cannot enjoy the show!

So how was it overall?  Again, depends on your taste.  In many ways this production, directed by Jules Aaron remains almost too faithful to its origins.  The set piece moves all the parts of the story around with skill and even a bit of dash, but little subtlety or depth.  Having been spoiled by such filmed adaptations as Five Little Pigs, I miss these last.  Rather a lot.  Much of the time the cast plays things in broad strokes that entertain and look great, but never get me much involved.

But--is that the point?  Really?  When it comes to Agatha Christie and her fans I'm not so sure.  Psychological realism, subtle humor, actual drama--I cannot help but feel these are gravy for most audience members forking over their time and money to see a work based on this author.  The meat is the mystery, the set pieces of character and location, the period style, the lushness of costume and set.  In these, the production does very well.  Wouldn't say they hit the bullseye every single time, but "very well" is better than "merely competent" by a long shot.  The characters (for the most part) come across as vivid.  I liked watching the story, even I didn't care whether any one of them lived or died.

So--when you go see a play by Agatha Christie you most likely care about how well it agathachristies rather than how objectively it stacks up against the very best examples of the genre. So this production meets that standard, and I can totally enjoy it on the level.  In fact, I did.  Lots of folks would, I suspect.  But on the other hand this is hardly Christie's best work, even if it agathachristies about as much as you could reasonably ask.

The Secret of Chimneys plays Fridays and Saturdays at 8pm, Sundays at 2pm through May 5, 2019 at the Lonny Chapman Theatre, 10900 Burbank Blvd, North Hollywood 91601.

Posted by Zahir Blue at 9:40 AM No comments:

Perfect Arrangement by Topher Payne.  A friend of mine was recently in a production of this in Tampa, Florida and won rave reviews.  I found the photos from the production intriguing and finally looked up the script--which really looks fantastic.  Set in the 1950s, it tells the story of an official and his secretary in the State Department given the job of rooting out homosexuals.  But, both are in fact gay, and have married each others' partner as a way to hide in plain sight.  The result apparently combines farce, social commentary, and drama.  I really want to see this play.  And I so hope one of the amazing theatre companies here in Los Angeles will decide this matches their plans and mission statement. 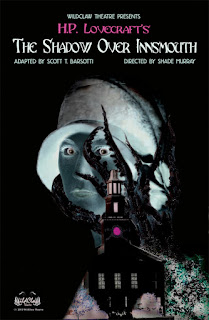 A Shadow Over Innsmouth by Scott T. Barsotti (Visceral Company did his Kill Me some years ago) premiered in 2013 at the Wildclaw Theatre in Chicago.  This was a theatrical adaptation of H.P.Lovecraft's almost-last work, one of the most easily adapted in many ways, and when I first learned of the production I abandoned plans to adapt the story myself.  What solidified my feelings was learning the lead/narrator had been changed into a woman rather than a man.  That frankly feels inspired to me.   And it created a fierce desire to see this play in performance.  Certainly makes a change from the usual Halloween fair of Dracula, The Woman in Black, Turn of the Screw, or horror mazes.  Mind you, I like all of those, but every Lovecraft show I"ve seen here has been splendid!