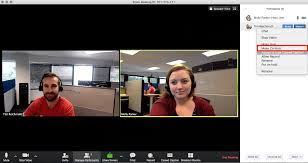 I have been thinking about the next few years and live theatre.  We will see an increased use of Zoom and/or other such software platforms to create our art while social distancing.  Along the way plenty of producers are going to realize something important--a professional Zoom account costs (as of this writing) fifteen dollars a month.  Compare that number to renting just one performance space for a single night.  I don't think these kinds of performances are going away, even after Covid 19 fades away.  If in fact it ever does.

So--how to tailor plays and performances for this new medium?  Here I offer some suggestions, some for theatre productions in general, but those in bold are aimed at playwrights specifically.  But methinks all can prove useful to writers.

Posted by Zahir Blue at 8:18 AM No comments: