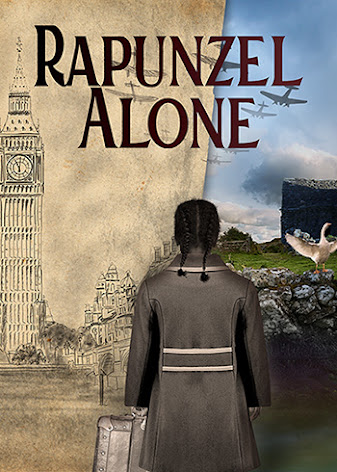 I know people who flatly refuse to see any value in that which is not as naturalistic as possible.  These folks might or might not enjoy Rapunzel Alone by Mike Kenny.  It has no fantasy elements it it at all.  One character, a goose (no, really--it doesn't talk but is just a goose) and is performed by a puppeteer (Matt Curtin).  That might be too much for them.  But methinks the deepest problem they might have is that characters see what is happening to them in terms (eventually, ultimately) of a fairy tale.

Given the title, no points on guessing which one!  Lettie (Tara Alise Cox) is a child evacuated from London during the Blitz, one of over half a million shipped out to avoid first bombs, then the nascent missiles hurled by Nazi Germany at the City.  She is bi-racial, a fact which proves very important, not least because Miss Pearce (Jacquelin Lorraine Schofield) is likewise of mixed race, living alone in a farm outside a small town where the locals call her a witch.

Before too terribly long, Lettie meets Conrad (William Leon) a local boy her own age who delivers the mail since the former mailman, his father, is in the Army.

Before that, she meets Gertrude (see above).

This simple, four character play taking place mostly in a simple farmhouse, takes on the scope of any epic fantasy a la Lord of the Rings, The Chronicles of Narnia, or Game of Thrones.  It has no magic, save words and pictures and the imagination.  No monsters save a flock of crows, and war, and racism, plus fear and misunderstandings.  So, as you can see, this is a story with a lot of monsters.  Real ones.  It has a book our heroine cannot read, not because it is under a spell but because (I think) she is dyslexic.  There is a quest or two.  Plus a guardian of strange power.  Battles against the monsters, many of those.  There are tellers of tales and wielders of real magic, like teaching and reading and patience.  Our hero comes into her own, and by her courage wins a great treasure--hearing her parents' voices, finding a new home, the vision with which to understand the world a little better.

And yes, she gets to let down her hair.

Directors Debbie Devine and Jesús Castaños-Chima orchestrated this simple, powerful tale amid wonderful mixed media and startlingly honesty from the cast.  One of my own most precious experiences when seeing theatre is to look at a character onstage and think to myself "Oh, hello there--you're me, aren't you?"  It says a lot I felt this for every single character in the play.

Proof of vaccination, including booster if eligible, and ID are required for entry, and masks must be worn throughout the performance.

Posted by Zahir Blue at 4:12 PM No comments: 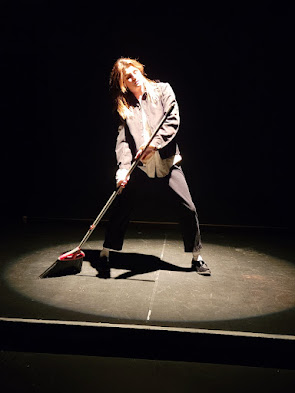 h7 A Hamlet Study is not in fact the play by Shakespeare.  Rather writer/performer Shayne Eastin directed by Mason Ross have fashioned a fascinating piece of performance art based on the famous play.  In other words, what we see on stage is something like stream of consciousness acted out, an odyssey of the imagination weaving in and out of the ideas, characters, scenes and lines of Shakespeare's most famous play.

In (still) other words, this makes a fine example of what I call Theatre of Dreams.  We are not watching a story per se, but a dream produced on stage.  In this case, a dream about Hamlet, perhaps a dream by Hamlet about Hamlet, or an actor playing Hamlet, or contemplating playing the role--or maybe, just maybe, Hamlet dreaming about being an actor playing Hamlet on stage.

The end result shifts our perceptions about the character over and over.  We see a young man/person/woman going through a routine that grinds but fills the day, feebly struggling in school against the tedium, longing for more, then their world undergoes a blow upon learning of their father's (Steve Eastin) death.  Said father later appears as a ghost, off an on.

At the same time, this version of Hamlet tries to make sense of an obviously failed relationship with a lovely young man named Ophelia (Benjamin Scott Berg).  Who also appears, maybe as a ghost (maybe not) off and on.

Which makes for an emotional/metaphysical roller coaster I enjoyed very much.  Not least because it is funny!  And the more you know the actual play Hamlet, the funnier it is!  Because the struggles, no matter how sincere, of a spoiled princeling trying to figure out who they are amidst having a ton of disturbing responsibility thrown at them are indeed funny.  How could they not be?  What in fact is humor save a way to avoid crying?

So we get the tragedy of Hamlet as a long, surreal joke that is only sometimes funny, but feels very real for being not at all literal.  How very theatrical.  How very mind-bending.  How very...well, Shakespearean in some ways.

h7: A Hamlet Study plays Saturdays at 7pm and Sundays at 3pm thorugh May 1, 2022 (but not Western Easter) at the Shakespeare Center LA, 1238 w. 1st St. Los Angeles 90026.  Audience members must show proof of vaccination and wear masks for the one hour show.

Posted by Zahir Blue at 4:07 AM No comments:

We Should Meet in Air (review) 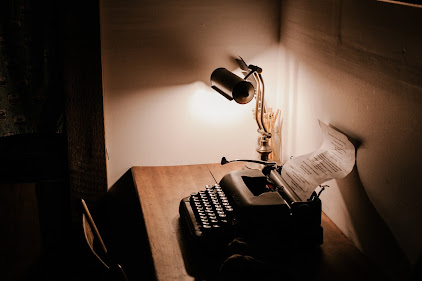 You know, Covid actually has helped create (and/or encourage) new forms of live theatre.  Not worth the lives lost or institutions disrupted much less the theatre companies ruined, but still something positive.  Case in point--the format used for We Should Meet in Air, an immersive one woman show that takes the form of a phone call.

Stepy Kamei (full disclosure, a friend of mine) created and performs this piece, which in essence takes an extremely simple notion and makes it one of the most powerful theatrical experiences I've ever felt.  The notion is that I, the audience member, have called the great American poet Sylvia Plath on  her birthday in October 6, 1962.  This was her thirtieth birthday, and not long after her poet husband Ted Hughes had left her for a younger woman.  In the wake of these events, Plath began to write a tiny avalanche of extremely powerful poems, those for whom she is mostly remembered today, including "Daddy," "The Woman is Perfected," and (on this birthday, which definitely comes up) "Arial."  In fact, this last is the title of the posthumous book of poetry which came out in 1965.

There are a lot of things I'd like to say about this piece of theatre.  One is simply praise for how it is set up, and not least for Kamei's eerie recreation of Plath's voice (I've heard her voice in recordings many times).  I felt somehow I had become a genuine acquaintance of this person, keeping her company and talking about her art, her life, dreams, the searing disappointment/pain of her husband's adultery.  More, it even felt as if I were genuinely helping her finish a poem, the way my own conversations with friends sometimes leads to revelations about how something needs to proceed.  The flat absurdity of it--I was three when Plath committed suicide--vanished altogether.  We were there, just talking, and in that talk I felt a piece of some one's life bleeding into my own.  I actually felt changed.

Not sure if I can give higher praise than that.

We Should Meet in Air plays Thursdays through Sundays until April 30, 2022, at various times the link will show.  The conversation lasts roughly half an hour, and honestly I was left wanting more, yet also aware in some quite tangible way this was not really possible, in the way a real conversation goes.  More, the fact the lovely lady with whom I was chatting would die/had died hit me at the end.  I felt a bit like crying.

Posted by Zahir Blue at 9:53 AM No comments: