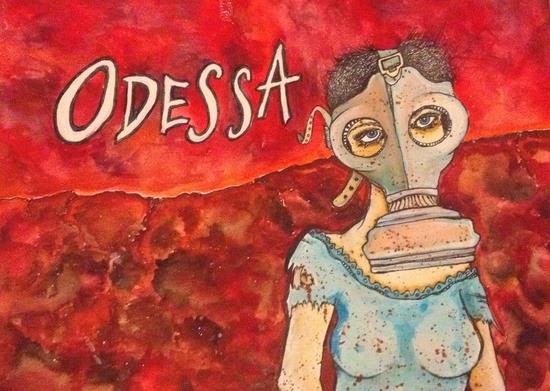 Insomuch as this play can have spoilers...

Odessa at the 2014 Hollywood Fringe is a world premiere by playwright John Tyler McClain and the Ilyrian Players. For the record, I want to check out more of their productions now. Here is how their blurb describes the play:

The story revolves around the journey of a young woman named Alice who lives inside the safety of her bunker, terrified of the barren and hostile world Outside. She is visited regularly by Cliff, who brings her the Clean she needs to survive in exchange for physical intimacy. Each the other’s sole human connection, Cliff and Alice find their tired emotional contract threatened upon the arrival of Preacher, a volatile young girl, who exposes Alice to the greater possibilities of the Outside.

I went to see this play as a guest of a friend and he made an interesting comment afterwards about when theatre of the absurd works. He noted no matter how bizarre the action on stage, one needs to feel the author has some clear and focused idea of what is actually going on. We both agreed Odessa certainly gives that impression. It qualifies as absurd not so much for the post-apocalyptic setting (unspecific as it may be) nor the lack of any history the characters seem to have (their present remains vivid and dynamic). Rather, the whole thing's iconography and details evoke a weird unreality all its own. It make a kind of sense, but not. What, for example, is Clean? It comes in cans. They drink it, as well as rubbing on their skins sometimes. But one might at first assume it to be water, especially since no one ever mentions water. Or food, for that matter. Likewise the action between these characters might be explained as the result of trauma and/or insanity. Might. But somehow one feels the world itself has gone mad rather than these three human beings. 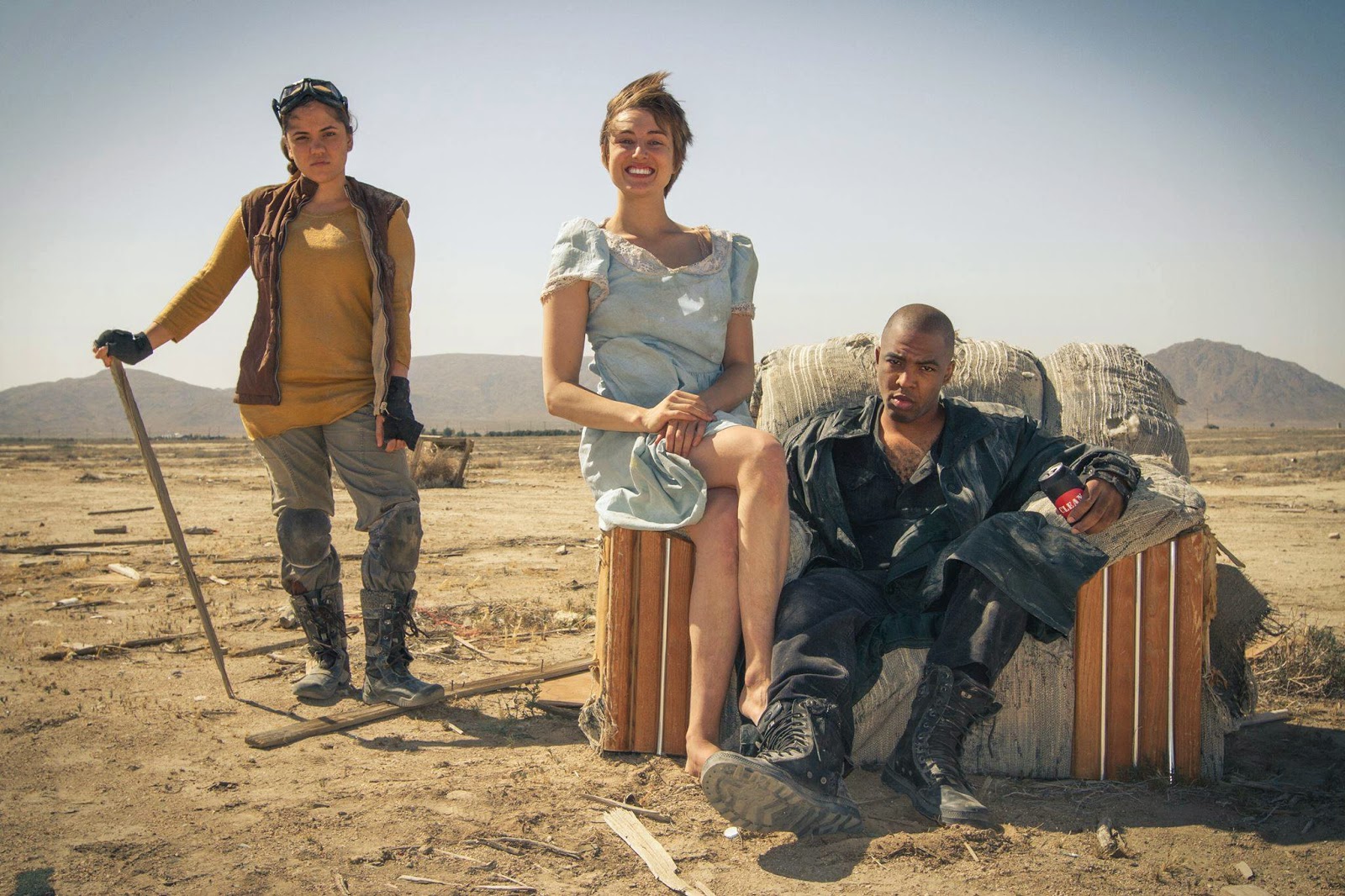 As far as the cast goes, the fact they come across so vividly as human beings makes for the basic, highest praise I can give. Even naturalistic characters often prove too much for most actors to achieve much more than pretending. Not necessarily a bad thing. These are called plays after all. But what this play has are three characters who in many says don't make sense, are probably all deranged in one way or another and the lead Alice frankly qualifies as legally insane.

Joanna Rose Bateman plays Alice, the lead simply because her presence begins and ends and makes up most of the hour-long play. More than the rest of the cast, she has the most opportunity to show her acting chops. An emotional range that shift like the wind yet remains grounded, myopia and delusion going hand-in-hand with a ruthless innocence that she keeps even as she experiments with cruelty--all in an effort to one day leave and find a fabled place called Odessa. To Alice Odessa is what Moscow is Chekhov's Three Sisters, the epitome of all hope. Her performance made me turn to my friend at the play's end, saying "So Ophelia goes in search of Godot."

Bruce A. Lemon Jr. plays Cliff (I realy like the evocative names in this script), Alice's well-meaning if brusque companion and partner. Kudos not only to the playwright for creating Cliff as a fully rounded person, but Lemon for playing him that way. A tiny detail in the very first scene that told a lot was when he arrives and wants sex, we see Cliff impatient with foreplay. Yet he wants Alice to simply enjoy the afterglow. No stereotypical roll over and go to sleep. He clearly wants more than just sex. Just as Alice it turns out wants something from their physical intimacy that startles and revolts him, not least out of what comes across as genuine concern for her. Which makes him no less a bully.

Bethany Esfandiari is Preacher, equal parts prisoner, intruder, seducer and teacher who invades (against her will) the space these two share, be it a box or cave or room or coffin (or all of the above). She has, in my opinion, the hardest job of the three in some ways--because Preacher is the least demonstrative, the most secretive and least flexible emotionally of the characters. Yet even the nuances of how she listens and watches what the others do does wonders in revealing enough to let us know she's no stereotype, no cardboard cutout. Yet up to the end she remains something of a riddle.