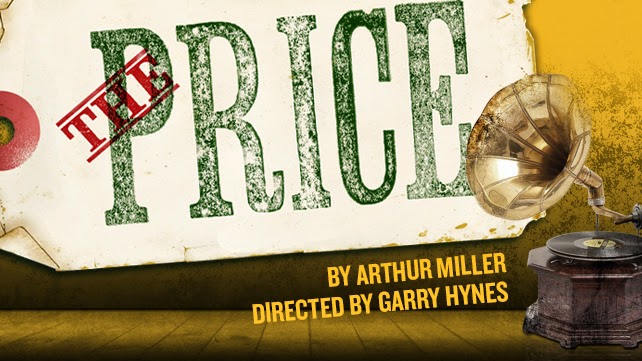 When walking into the Mark Taper Forum to see Arthur Miller's The Price, a feeling of deja vu hit me. Easy to understand.  Way back in the 1980s I played the part of Solomon in a production of this precise play at my University.  The splendid set, larger and higher quality than anything we could have mounted by an order of magnitude, brought a lot back to me.  Maybe because (in part) I've not seen this play since.

Honestly, there's a reason for that. Arthur Miller has made some splendid works, but others than really don't hit the mark.  Like this one.

Now, let me praise the cast, which uniformly does a splendid job, with one exception.  That one exception goes past splendid and hits superlative--Alan Mandell as elderly used furniture salesman Gregory Solomon.  But everyone proved great. 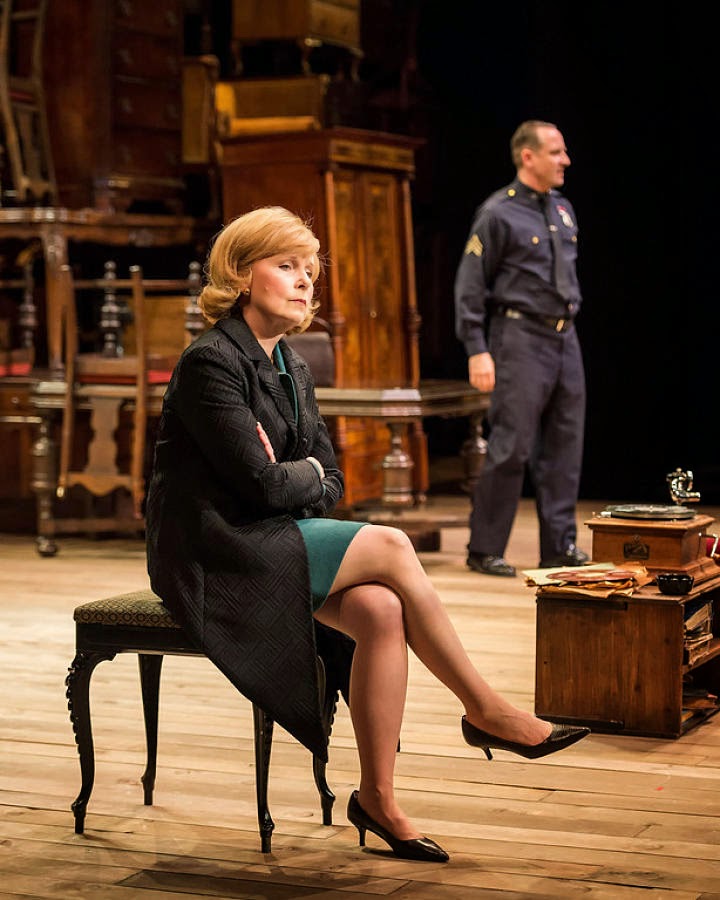 The plot focuses on NYPD officer Victor Franz (Sam Robards) getting ready to sell the contents of an attic.  His father had been a millionaire until the stock market crash of 1929.  The family moved to this attic with as much of their furniture as they could manage.  Dad died years ago, but now the building is due for demolition.  Victor and his wife Esther (Kate Burton) want to sell these antiques for as much as possible.  During their conversation all kinds of details pop up.  Esther's drinking, for example.  Victor's wavering at taking retirement from a job he hates, even though he now qualifies for a pension and might do something new with his life.  But what?  More, his vastly more successful brother Walter hasn't been returning his calls.  The two are seriously estranged.

Enter Solomon, to give a bid on the whole attic, including some very nice things.  A beautiful harp for example.  Here we have a man who seems the exact opposite of Victor--someone who never gave up, having gone broke several times yet is still going.  Married four times, most recently at age seventy five!  He really is a breath of fresh air, or at least some spice added to an essentially bland story.

Of course eventually Walter Franz (John Bedford Lloyd) does show up and even more family history as well as painful secrets emerge. Nothing, it turns out, can be easily explained or simply judged.  All three members of the Franz clan start learning and/or confronting things they'd rather not, but must.  Not for a single moment did I doubt even one of these characters.  I even got a sense of how their dynamic might have worked in the past.  They and director Garry Hynes really did wonders with making what is essentially a family argument seems very real and dramatic.

But at the end of the day, I didn't like the Franz family.  Worse, I didn't find them or their situation particularly interesting. For that I have to put it down to the script, against which the cast struggled and at times rose above.  It should have felt dramatic, compelling--a web of deceit and love, loyalty and ruthlessness, awareness and taking sides.  Should have.  Did not.  Which was precisely how I recalled the play before.  During the intermission I asked a fellow audience member to imagine this play without the Solomon character--and he instantly saw it would be dull as watching paint dry.  Yes, technically one does need to break up the gloom of something like this, but when Solomon (who to be fair fits into the overall story on many levels) becomes the only thing one cares about other than the set...!