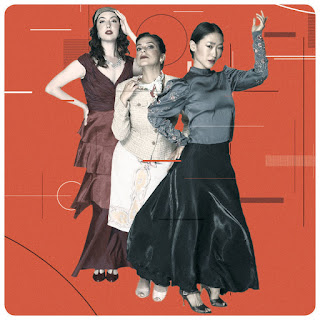 Up until seeing this show, The Grail Project, I had only seen one piece of theatre dealing with the legends of King Arthur that seemed actually "good."  Now I have seen two!

I had never also heard of this specific troupe/ensemble, the Theatre Movement Bazaar, aptly named and based on this show at least belonging in those theatrical troupes I follow eagerly!

Written by Richard Alger, directed by Tina Kronis, this show re-invents/de-constructs the tale of Camelot and the Quest for the Holy Grail through about a dozen different lenses, each complementary as well as delightful.  Folk music, elaborate dance/movement pieces, corporate planning sessions, feminist conspiracies--all fodder in a roller coaster of intertwined plotlines and character arcs.  Imagine Game of Thrones level of complexity but with a light touch (and less incest--which is to say, some but not a lot).

Having sadly lost my program, I cannot easily call out each individual cast member, but the truth is--they all were stand-outs, all gave it their all in a finely crafted whirlwind of movement, song, scenes and speeches.  The best praise I can offer is that I never once stopped feeling delighted surprise, while never once feeling anything was out of place.  Never even once.