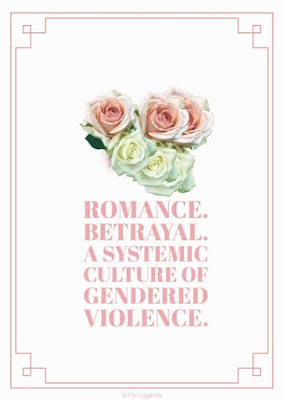 Lately some of the Bard's more obscure plays saw production, at least here in Los Angeles.  One of these, Two Gentlemen of Verona, honestly I have never seen before now.

Given the script, one easily understands why.  The characters lack the real charm of such Shakespearean heavyweights as Viola, Benedick, Katherine, Prospero, etc. More the overtly racist/anti-semitic language feels (thankfully) extremely problematical.  So do other details, some of them icky.

This proved an excellent production, I should say.  Rather than avoiding the above issues, Coin & Ghost as well as director Marguarite French embraced and commented upon them.  Not by changing the words, but by making sure actions continue to speak louder.  After all, plays are a much much more than words chosen and arranged by a playwright.  Much, much more.

Adding to the brew audiences soon discover another twist, one that highlights rather than ignores the disturbing parts of this "comedy."  All the genders in the play are switched.  Thus the two gentlemen of the title, Valentine (Elisa Rosin) and Proteus (Simms Holland), are played by women--not in drag but as women.  Likewise their two love interests--Julius (Kendall Johnson) and Sylvius (Colbert Alambert)--are men, played by men.

That the ones will all the power are white, and those without are black adds yet another element in which the play embraces its issues rather than avoids them.

Essentially, the plot sounds like a dark romcom.  The two gentlemen are best friends in (of course) Verona when Valentine must go on a visit to Milan.  Proteus has fallen for Julius, hard, and vice versa.  In Milan, Valentine falls for the Duke's ward Sylvius and (again) vice versa--this despite the fact the Duke has promised his hand to another.  When Proteus comes to visit Valentine, she learns of their plan to run away together, but in the process falls head over heels in lust with Sylvius.  So she betrays them in hopes of winning the young man's favors for herself, in the process of course betraying Julius, who has disguised himself and made his way to Milan to be with his beloved Proteus.

Doesn't sound much like a comedy, does it?  Well, nobody dies in the end.  All the pretty young people are matched up at the end.  That makes it a comedy by the definitions of Shakespeare's time (same reason Merchant of Venice, weirdly to us, gets the same category). Such a plot, up to and including attempted rape by one of the "heroes" who is then forgiven not by their victim but the victim's betrothed, isn't really that odd then (or to be brutally honest) now.  Hopefully reading about that makes you cringe a bit.

Watching it hit me in the gut.  Deliberately so, because that is what this production intended, amid all the wit and the vivid characters, the entertaining wickedness and wonderful clown bits.  We really do laugh, and then we stop laughing, stop to feel, stop to think.

Let me also note the other two members of the cast who play between them pretty much the rest of the cast--Victoria Yvonne Martinez and Kathleen Leary, who make each of their six characters so amazingly alive I burst into laughter with a mere look from each.  The whole cast earned the words "superb" and "fascinating" as well as "genuine" a dozen times over.

Two Gentlemen of Verona plays Thursdays through Sundays at 8pm until April 8, 2018 at the Ruby Theatre in the Complex, 6476 Santa Monica Blvd (several blocks west of Vine) Los Angeles CA 90038.
Posted by Zahir Blue at 8:43 AM