My favorite version (of those I've seen) of Charlotte Bronte's Jane Eyre is the 1997 version with Cieran Hinds and Samantha Morton. Unfortunately, it is one of the shorter versions. But, on the other hand, the absolute heart of that story is the love between the characters of Jane and Rochester. Those two actors made me believe. Watching it, I fully expected that were I somehow transported into the world of this film, and had I walked in between these two characters that my hair would stand on end. Such electricity hummed between them.

Mind you, count me as a huge fan of both actors anyway.

The first Jane Eyre I can recall seeing was with Susannah York and George C. Scott. Others have included actors such as Orson Wells, Tobey Stephens, Timothy Dalton, etc. One of the reasons I like the '97 version is because I tend to think of it in terms of both Rochester and Jane. The latter is a part that lends itself to cheese, frankly, and insipid cheese at that. Not because the role is poor or the character weak -- but she's trickier to capture and there are traps all too eagerly waiting the actor, writer and director.

Harker in Dracula has a similar problem. So does "Boss" Mangan in Shaw's Heartbreak House. Roxanne in Cyrano de Bergerac is another of those diabolically tricky roles.

Any cursory bit of research will reveal lots of adaptations of Bronte's famous novel, and there's no reason to believe more won't be forthcoming. So, for fun's sake, here is my "dream cast" for a version of the tale...

Begin with the lead. I am an intense fan of actor Emily Blunt, soon to be seen in the remake of The Wolf Man and previously star of such films as The Jane Austen Book Club. Apart from her talent, there is the smoldering but quiet intensity she can bring to a role as well as dignity even amidst passion. The biggest difficulty may be that she is actually a very lovely woman, but sans makeup and with a severe 'do methinks she can pull the necessary plainness (or really, lack of glamor) off. 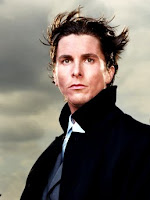 Rochester is more of a problem, because frankly some of the first names that spring to mind are really too old. Blunt is in her twenties, so Rochester cannot really be much older than his forties (or at least cannot look any older). Ten, twenty years ago methinks Gary Oldman would have been perfect. Since this is 2009, I fixed on Christian Bale who at the time of this writing is pushing forty. Among other considerations, you need an actor of Blunt's stature in terms of power and range. Most folks know him from Batman Begins and The Dark Knight but he has an impressive resume even without a cape. 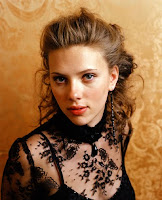 casting choices. Most of all, to offset Emily Blunt's attractiveness, we probably need a spectacular beauty for her rival, Blanche Ingram. I would cast Scarlett Johanson in the role.

In some ways the trickiest part of the whole story is the beginning, because that is before the "meat" of the love story. Towards fixing that, I'd choose one of the greatest scene-stealers in cinema today, Bill Nighy, 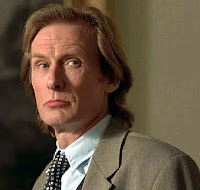 as the villainous Mr. Brockelhurst.

And I do feel that many versions of the novel make a mistake in casting St. John Rivers as a dry ascetic. Much better, at least IMHO, to go with someone we can totally see Jane falling for. Someone handsome and charming as well as kind and good. 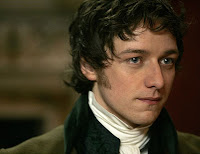 At this point I've spent something like twelve million dollars on casting alone. Ah well.

Thus ends this flight of fancy...
Posted by Zahir Blue at 9:29 AM

A great cast. I like the idea of Emily Blunt for Jane... not so sure about Christian Bale for Rochester, though. I'd rather like to see Colin Firth or Richard Armitage in the role - they both have that feeling of darkness below the surface, although I know they are both really too handsome. I would definitely love to see Bill Nighy as Mr Brocklehurst! Actually I can imagine him when he was younger playing Rochester, although he would be too old for the part now.

You probably know that Ellen Page is supposed to be playing Jane in a forthcoming BBC Films big-screen production, but there hasn't been much news at all on that since it was announced a year ago - but I haven't heard of any more casting and don't think a director has even been named. Judy

I heard about that, but last I looked someone else was slated to play Jane. There's also talk of Natalie Portman in WUTHERING HEIGHTS.

Amusingly, PRIDE AND PREJUDICE AND ZOMBIES is also in development, but I'm much more looking forward to the new DARK SHADOWS starring Johnny Depp as Barnabas Collins.